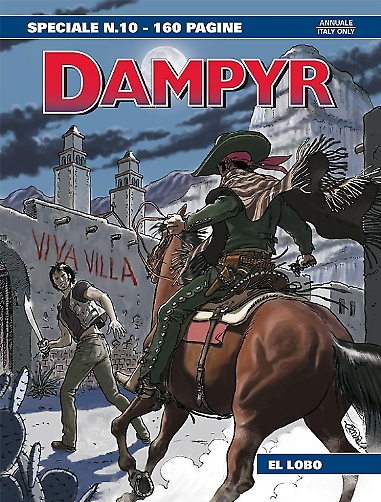 The next 22nd October the latest Marco Santucci's work (with Patrick Piazzalunga inks) will come out! Don't miss this  incredible adventure ( written by Antonio Zamberletti)  full of supernatural action with the vampires' enemy number one: Dampyr. Above, you can see the cover drawn by Enea Riboldi. Below you can find  a little sneak peek taken among the 160  pages of the book with a brief sinopsys of the story.

The beautiful Anita Montoya, a brave officer from the Mexican Narcotics squad, witnessed the massacre of a group of policemen by some vicious undead... Luckily for her, a reporter, Raul Barraza, called his vampireslaying friends to help them... A Master of the Night appears to be the leader of a criminal drug cartel and Harlan, Tesla & Kurjak will end up uncovering a conspiracy that has its roots in the Mexican Revolution, a century ago... 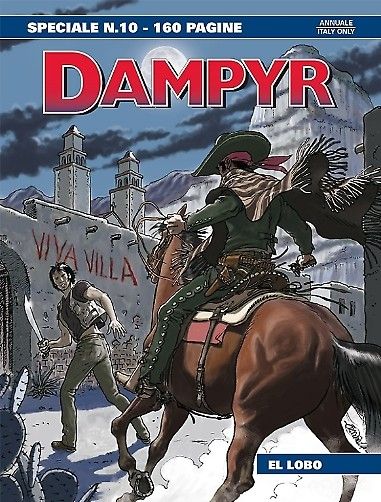